At DanceSport Club we have experienced and knowledgeable dance instructors that can teach you a variety of dances in different genres. Whether you want to be comfortable at social dance, perform at showcase or even participate in dance competition, we are here to help. 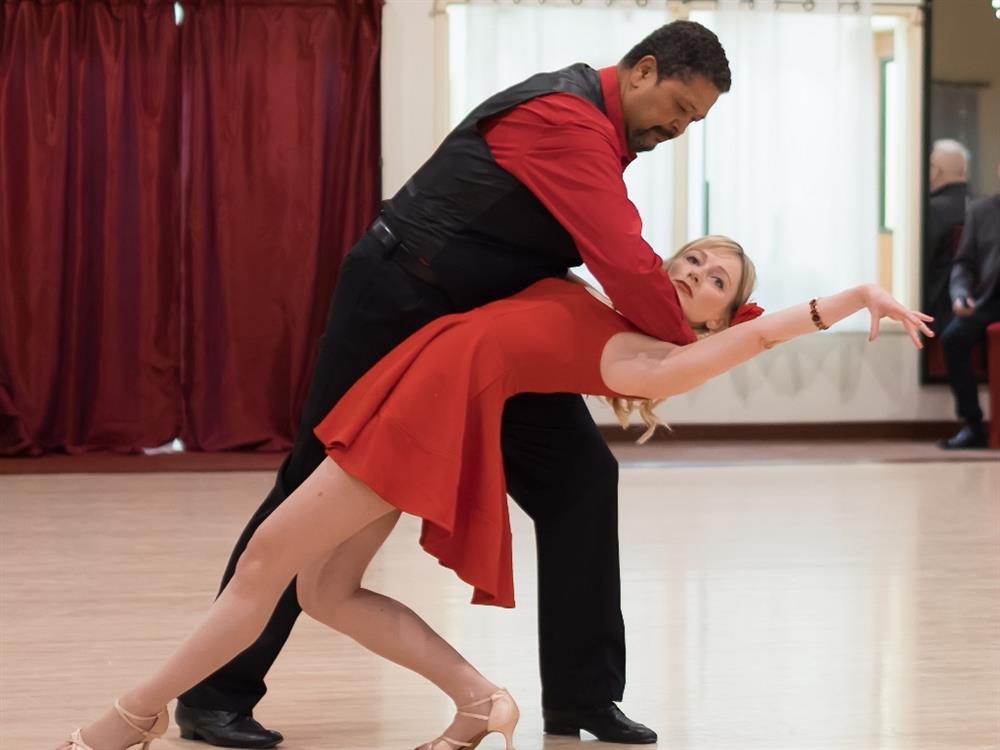 Social dances are very fun and mostly danced at socials or at night clubs. They have simple steps that beginners can learn easy. Music often includes popular songs that you hear on radio.

This style of Tango originated in the streets and salons of Buenos Aires and is characterized by its passionate hold and complex leg and foot movements.

Merengue is a fun, fast and easy dance made up of simple steps, originated in the Dominican Republic . It is mainly a non-progressive dance but can also travel counter-clockwise around the floor. This dance encourages creativity as it's fun and easy to create arms movements to go with the simple steps. Merengue is characterized by its marching rhythms and Cuban motion - strong side to side motion and ‘dragged leg' with emphasis on counts 1 and 5.

This is a truly great club dance, one that is fun, accessible, sexy, and constantly evolving as new generations come to the Salsa clubs. Salsa dancing features break steps, spins, showy performance moves and drops, and solo moves called “Shines,” a term borrowed from the world of tap dancing.

Cumbia is a fun and bouncy Social Latin dance that originated in south America and is a precursor of modern Samba.

Very popular dance, especially in Texas. Traditional Two Step is danced with slow-slow-quick-quick rhythm using many popular Country songs. If you know how to Two Step, you will always find a place to dance in Texas! 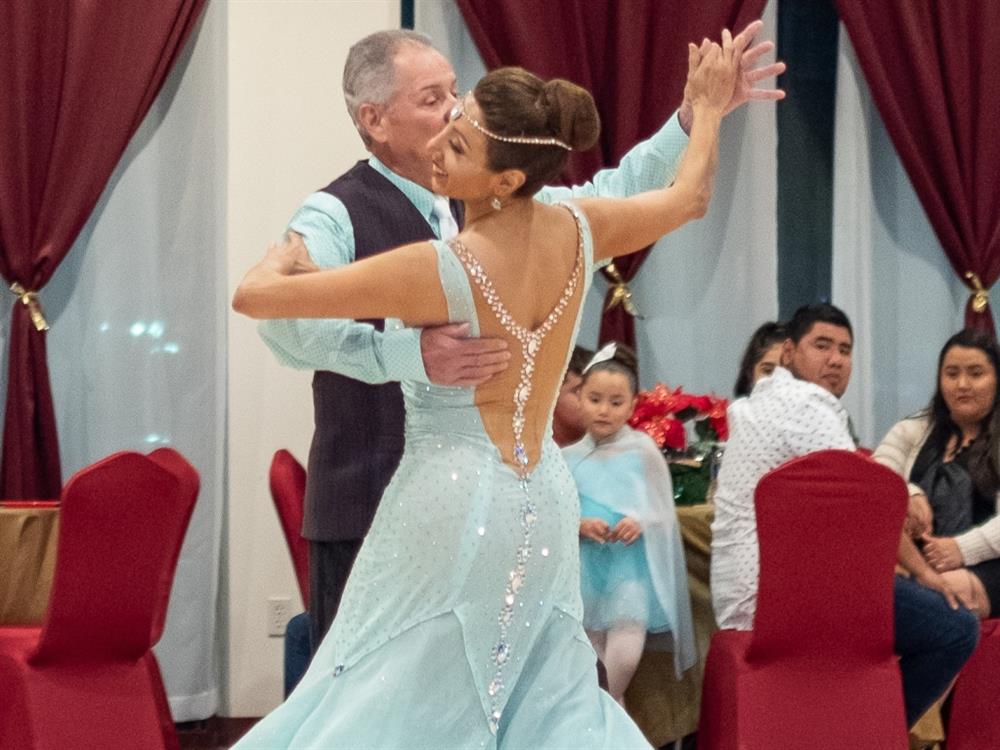 The oldest and best known of all Ballroom dances. Waltz is a progressive dance that features a lovely, elegant rise-and-fall action, ¾ time music and a 1-2-3 rhythm.

Tango evolved as a ballroom dance from the Argentine Tango. Tango features sharp movements, head snaps, and a cat-like and stealthy foot action and has an unmistakable staccato feel and major dramatic attitude. The music is in 4/4 time and has a marching rhythm.

This whirling, thrilling dance dates back to the early 1700's in Europe . Viennese Waltz is danced in fast (twice as fast as Waltz) ¾ time with a 1-2-3 rhythm and features a series of left and right turns as the couple whirls around the dance floor. With its elegance and turns, Viennese Waltz has an air of magic about it.

This smooth and elegant dance had its beginnings in a New York theatre in 1914. There, a vaudeville actor named Harry Fox began dancing a series of trotting steps to ragtime music as a part of his act. Foxtrot has smooth gliding steps with a heel lead, controlled movement and an easygoing look. The foxtrot is an all-purpose dance that can be performed to many different styles of music.

The dance began as a quick version of Foxtrot mixed with the Charleston and musical "jazz" influences. It is characterized by fast movement, often including a variety of hops, kicks, skips, lock steps and chasses.

These are fun and energetic dances that are very common at dance competitions. Many of International Style dances have roots in social dances such as Salsa and Cumbia. We play International Latin dance music at our social as well so that you can practice and enjoy fun and upbeat rhythms.

Cha-Cha originated in Cuba and evolved from a slow version of Mambo called “Triple Mambo”. Cha-Cha is a lively, fun, cheeky and playful dance. It is a non-progressive dance that emphasizes Cuban motion, distinguished by the chasses (cha-cha-cha) typically danced during the 4&1 counts of the music.

Rumba is universally recognized as the "dance of love", distinguished by it's romantic feel. It is danced to slow, sensual music with a Latin beat and features a hip action known as “Cuban Motion.” Continuous, flowing Cuban motion which gives Rumba its sensual look. .

Samba is the national dance of Brazil , celebrated every year during Carnival. Samba is a fun, upbeat, lively dance that progresses counter-clockwise around the floor. It is characterized by its syncopated timing, bounce, rolling hip action and pelvic tilt and a great deal of rhythm is expressed throughout the torso.

A dramatic French-Spanish Flamenco-style march danced in 2/4 time, with man portraying the matador in a bullfight, the lady as his cape.

The European version of the East Coast Swing, this dance uses six and eight count patterns. However, it is danced quite bouncy with very sharp foot kicks and flicks to faster tempo swing music.